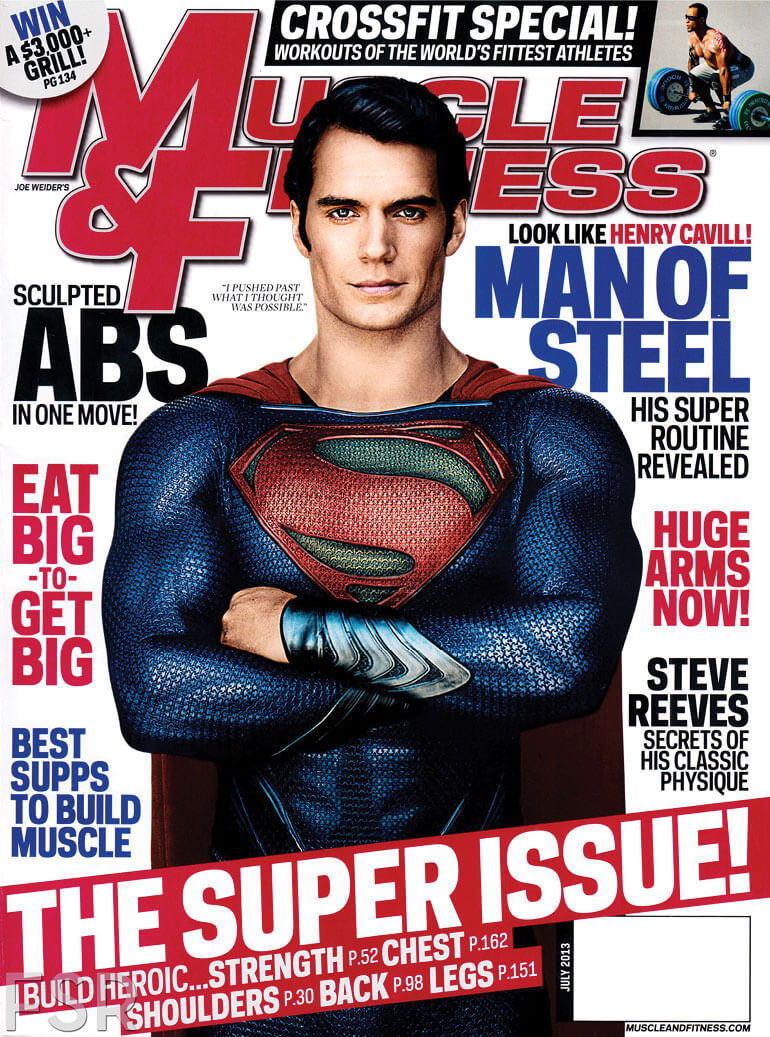 At the time I wrote this, I didn’t know what a huge fan I’d become of Henry Cavill’s version of Superman. It was still months away from release and I’d only seen the trailer. Even so, this was a really interesting story and much more than a “how he got in shape for the role” kind of thing. Zack Snyder is a gym rat himself, and what he asked of trainer Mark Twight (who also trained the cast of 300) was that Cavill’s training be so difficult that, once completed, he would be imbued with such confidence that he couldn’t help but carry himself as Superman. Cavill explained how it worked, and pinned the opening detail—about him being stuck in the hole on a set of front squats and digging deep to get out of it—as the moment he “became” Superman in his mind. His total commitment was a thing to behold and definitely comes across in the film. I pity whoever has to take up the cape after this guy.