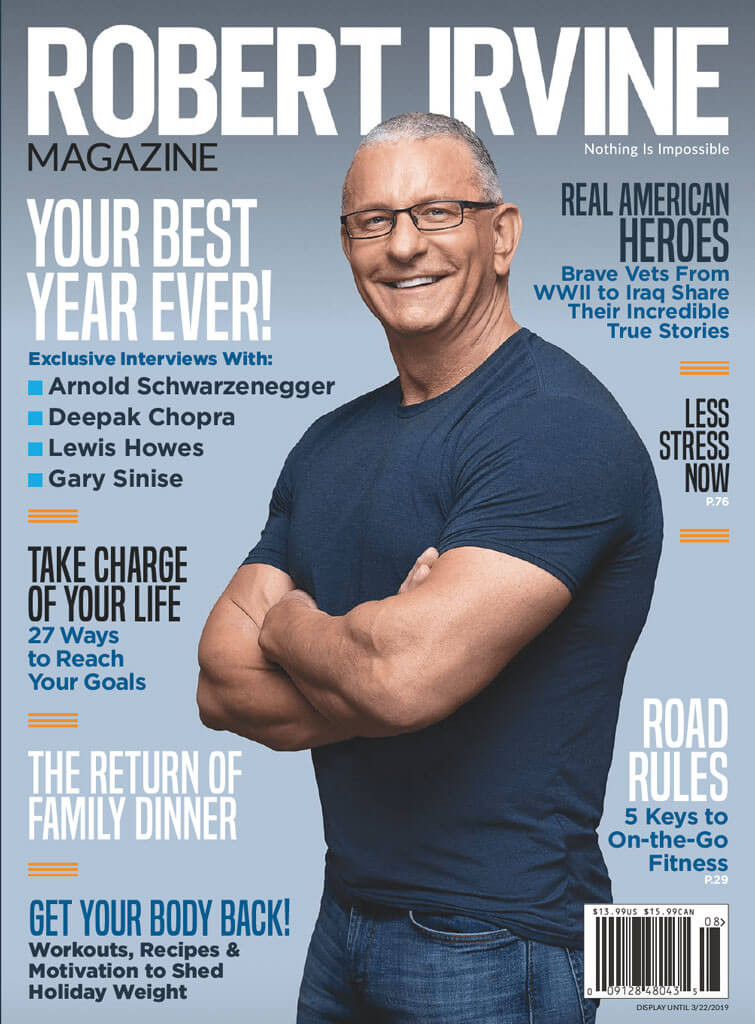 I’ve been running Robert Irvine Magazine since its inception in 2016. A healthy lifestyle publication featuring motivational stories of uncommon success, it exists primarily as a free digital download (head over to RobertIrvineMagazine.com to get all back issues) except for a single special print edition we put out alongside the release of Family Table in late 2018/early 2019. The full issue is here and it is essentially a “best of” containing my feature stories on prolific Army Ranger sniper Nicholas Irving and Medal of Honor recipient Woody Williams, who was decorated for valor above and beyond the call of duty for his heroic actions in the Battle of Iwo Jima. It also contains my interviews with Arnold Schwarzenegger, Deepak Chopra, Oprah Super Soul 100 teacher Gordana Biernat, former Simpsons showrunner Bill Oakley, and much more. It’s a keeper, and you can keep it now for nothing, the $13.99 newsstand price be damned. Just click the image.