Nintendo’s new console-handheld hybrid doesn’t shock with technical power, but with the ability to play anywhere. Gaming is about to change forever, but a question remains: When should you get on board? 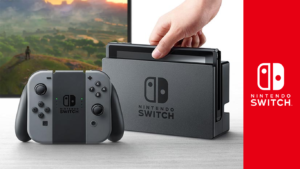 Change is a law of life. In gaming and tech, that change is often jarring. And while the gaming industry today looks pretty much exactly like it did a month ago before the Nintendo Switch launched, it’s hard to escape the feeling that everything is about to change again. It is far too early to say if Nintendo’s long-awaited successor to the Wii U will be a hit or a flop, but it is likely that the concepts it just introduced will change gaming for a long time to come.

That’s because the Switch is the first console to seamlessly double as a handheld, thereby addressing the biggest issue facing players today: lack of time. Working adults can’t sit for prolonged gaming sessions. Increasingly, kids don’t want to be in front of the TV, either; they want to play anywhere. Nintendo, of course, has been addressing this issue for the past 30 years by dominating the industry’s handheld market. The Game Boy, Game Boy Advance, DS, and 3DS represent four of the 10 best-selling game systems of all time. But the Switch is fundamentally different. Console-quality experiences on the go—and the option to have those experiences in HD on a big TV when time permits—eluded the industry until now.

The Wii U teased at this concept; players could use the TV or the gamepad to follow the action. While this allowed for uninterrupted play when someone else in the household wanted to watch TV, it fell short of real portability because the gamepad always needed to stay within remote range of the console. The PS Vita also attempted to bridge the gap, but this required a costly cross-buy (buying a portable and console version of the same game) and was compatible with precious few titles.

PROS
The console itself is a sturdy 6.2-inch touchscreen tablet that’s more akin to an iPad than the lighter plastic Wii U gamepad. The tablet is flanked by a pair of detachable “Joy-Con” controllers on either end. You can keep both Joy-Cons snapped onto the tablet for a portable single player game. For a portable two-player game, set the tablet on a table, snap out the kickstand, and remove both controllers; each one becomes a mini controller. To use it as a console, slide the tablet into its docking station and snap the Joy-Cons into the Joy-Con grip to create a traditional console controller. A beefed-up dedicated Switch Pro Controller, which looks like a cross between an Xbox One and PS4 controller, is sold separately.

Off the bat, it can sound like a lot, but it’s easier to “switch” between all these modes of play than it appears on paper. You don’t have to change any settings to go from portable to console play and vice versa. Just dock it to bring it up on your TV, pull it out to go on the road—where you’ll get anywhere between 2.5 to 6 hours of battery life, depending on the game you’re playing. That’s it. In portable mode, you can also choose to leave the Joy-Cons attached or remove them, holding one in each hand as you play. Again, no need to change any settings; the Switch automatically detects how you’re using its controllers.

From a technical standpoint, the Switch can’t stand toe-to-toe with the PS4 or the Xbox One. To pack a console into such a tiny device (and keep the price point around $300), some sacrifices had to be made. Processing and graphical power are both scaled back. The Switch’s CPU and GPU share 4 GB of RAM compared to 8 GB on the Xbox One and PS4. When playing a game like The Legend of Zelda: Breath of the Wild, this leads to some framerate issues during hectic action on the big screen, but they aren’t noticeable in portable play. The Switch’s on-board memory is also tiny—a mere 32 GB (expandable through the micro SD slot), compared to the minimum 500 GB hard drives on the competition.

But while the Switch isn’t the most powerful console out there, it doesn’t need to be. Not since the N64—some four console generations ago—has Nintendo touted technological power as a selling point. The company has since let its competitors slug it out on that front while it focused on affordable pricing and the best group of first-party exclusive franchises in the industry—Mario, Zelda, Metroid, Donkey Kong, and, on handheld systems, Pokémon. In short, games move Nintendo systems. By favoring gameplay over cinematic graphics, Nintendo has just about patented delightful gaming experiences—games with fluid controls and magnetic action that hardcore gamers can appreciate without intimidating parents and young children. That tradition is alive and well with the Switch.

CONS
The Switch has three drawbacks right now: 1) A tiny launch library, 2) Some users are reporting frozen pixels on their tablet screens, and 3) Many users have reported that the left Joy-Con is glitchy, or drops out of sync with the console. In the unit that I tested, I didn’t experience any frozen pixels, but I did get a glitchy left Joy-Con. In a game like Zelda, this can send Link charging off a cliff or into the face of an enemy you wanted to avoid. Nintendo has acknowledged the Joy-Con issue and said that the manufacturing irregularity responsible will be addressed going forward. In the meantime, if your hardware does suffer from this issue, you’ll have to set up a repair through Nintendo support. Nintendo has also issued a statement regarding the frozen pixels, saying they are part of the nature of LCD screens, and offered no fix.

THE GAMES
I play-tested five launch titles for the Switch: The Legend of Zelda: Breath of the Wild, 1-2 Switch, I Am Setsuna, Snipper Clips, and Just Dance 2017. 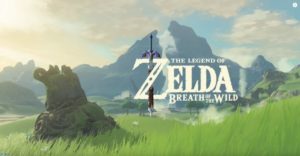 Breath of the Wild feels like the ultimate manifestation of the Zelda franchise—the game that Shigeru Miyamoto always wanted to make. The open world is so massive it would be intimidating if it weren’t so refreshing to wander around in and didn’t offer a genuine sense of discovery. Hyrule is a beautiful world that feels lived in, as if it goes on without you long after you’ve turned the game off. That’s not to say it’s a joyride: Zelda is incredibly difficult. There is no easing into the harsh realities of Hyrule. Monsters and brutal environmental elements surround you from the get-go. Rather than setting easy tasks in front of you to guide you in, the game simply demands that you get smarter about how you approach things. This means finding food, learning how to cook, and hunting for better gear. Your first few hours will just be learning how to survive and when to avoid a fight. The only gripe here is the weapon durability system (I’m not sure why a sword should break after 15 swings or so) but it forces you to seriously consider every course of action and be well-prepared for battle. What ultimately makes all this difficulty so great is that story progression becomes an exhilarating reward, not a foregone conclusion for the time you’ve put in.

1-2 Switch offers a treasure trove of mini-games that harken back to Wii Sports. It’s a showcase that will have the family gathered around to draw against each other in samurai and old west duels and dozens of other mini games. These feel more like a tabletop games than video games because you’ll need to look your opponent in the eye—not at the screen—to compete. They’re fast, fun, and conducive to getting lots of people to play in a short period of time. 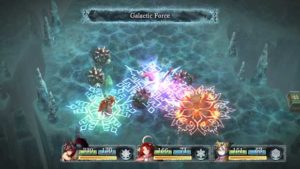 I Am Setsuna is a solid, turn-based Japanese RPG from Square Enix, the most trusted publisher in the genre. Setsuna is the tragic hero at the heart of the story, which finds her on a mission to sacrifice her life to save her people. For any fan of 8- and 16-bit era RPGs like Chrono Trigger and Final Fantasy, this will hit a very particular nostalgia sweet spot.

Playing Just Dance 2017 on the Switch offers more than just an updated playlist from last year. Whether you’re playing in mobile or console mode, the Switch perfectly tracks your movements, and this is without the benefit of a motion bar or other peripheral. Ease of use is probably the most important thing for games like this, so on that count alone, the Switch is probably the best place to play Just Dance.

Snipper Clips is a puzzler that, from its cutesy visuals, memorable music, and progressively difficult and sometimes ingenious puzzles, is always a joy to play. For the price—a mere $20 on the eshop—this is a no-brainer purchase that will stimulate your mind in unexpected ways.

FINAL THOUGHTS
For hardcore Zelda fans, there is no number of drawbacks that could (or should) keep you away from buying a Switch. Breath of the Wild is a fantastically well-designed game and—though it is available on the Wii U, as well—the ability to play on the road with the Switch is the way to go. You’ll stay immersed in Hyrule for weeks at a time.

For the non-Zelda fanatics, it might be wise to hold off until holiday 2017. The potential for running into the left Joy-Con issue, combined with the small size of the launch library, stand as significant caveats. But with a factory fix in place for future batches of the hardware—plus more games on the way by the fall—you should plan on getting a Switch before the year is out. By then, expected third-party support from major developers will make the Switch a must-have. And once you’ve got a Switch and can take your games on subways, buses, and planes, you’re probably going to play it more than any other system you have.

One day soon, the ability to take console games from your TV to your handheld won’t seem like such a novelty, but an industry norm. (Could you imagine playing PS4 games with a Dualshock controller on an iPad?) In the meantime, the Switch represents a watershed moment. It’s a jarring change for the gaming industry—and a very welcome one at that.