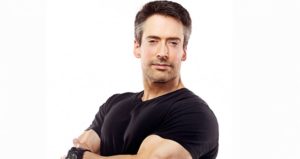 Last Monday, December 11, the world lost one of the finest human beings I’ve ever known. Shawn Perine, the Editorial Director of Muscle & Fitness, Muscle & Fitness Hers, FLEX, and Men’s Fitness, died at the age of 51 from lung cancer. It seems cruel and horribly ironic; he was the absolute picture of health and fitness. He looked 20 years younger than his age, never smoked, and barely ever had a sip of alcohol. Over the past week, his loss has continued to hit me in waves as I come to terms with losing a great friend who I truly admired.

I met Shawn when he took over as Editor-in-Chief of M&F in November of 2011. Almost immediately I realized I didn’t just have a great boss and mentor, but a friend for life. I would have thought it strange that I took to him so quickly, but I soon came to learn that everyone who knew Shawn held him in the highest regard and was fiercely loyal to him.

Shawn had infectious passion and kindness that spread to the whole staff. Under his leadership, we felt more like a family than mere co-workers. It was an incredibly special feeling and I was always aware of how rare these circumstances were. 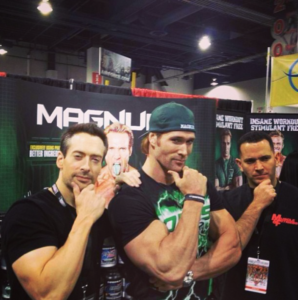 Shawn promoted me up through the ranks and handed me a succession of interviews and cover stories with people like Arnold Schwarzenegger, Dwayne Johnson, and a host of others on which I’ve built my career. We went to the Olympia and the Arnold Classic together and he introduced me to every legend in the industry. He took me to dinner with his celebrity friends and had me as his guest at film premieres. He never bragged about how well-connected he was; it was the kind of thing you were shocked to discover. I’ll never forget walking the Olympia Expo floor with him the first time and watching Lou Ferrigno, Frank Zane, Franco Columbu—just about any big name you could think of—stopping Shawn and embracing him like an old friend. First I would think, “Oh my God, Shawn knows that guy, too?” Then I would think, “Wow. They feel the same exact way about Shawn that I do.”

The outpouring of love and support from the fitness community has been one of the few bright spots of the past week, and there is a fine collection of quotes about Shawn that you can read by clicking HERE.

And yet, for all the adventures we had together—doing things that my younger self would never believe—what I miss most are all the times we blew off work for epic, meandering bullshit sessions. These usually involved our Training Director and good friend Sean Hyson, and with the three of us responsible for the lion’s share of work at M&F, this drove our Managing Editor up the wall. I can’t tell you how many deadlines we pushed because we couldn’t stop ourselves from sitting around and quoting 80s action movies or Pumping Iron or trying out our Arnold impressions on each other. I’m two years removed from working with him every day but right up until Shawn got sick, the three of us would still text or e-mail each other almost daily, continuing one never-ending inside joke. 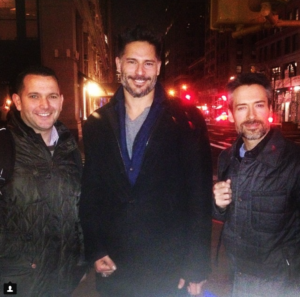 Shawn was a creative force and good at so many different things. You’ve heard the term “jack of all trades, master of none,” but Shawn mastered it all. If we were short on copy, he could jump in and write about any topic on a moment’s notice. If a cover wasn’t coming together the way he wanted it to, he could design it from scratch. He was obsessed with learning about science and climate change and doing his part to protect animals and the environment. His creative energy never rested, either. When he got bored he didn’t plop on the couch and watch TV like a normal person. He created hilarious Onion-inspired websites that he only shared with a small handful of people. He also wrote fiction he didn’t bother to share with most. One year on Halloween he showed me a picture of what he had done the night before—sculpt a perfect likeness of the Terminator’s face into the side of a pumpkin.

He would constantly do things that would make you demand an answer as to why he was still working at M&F when he could quite literally do anything else he wanted to in the world. But we knew the answer. There was no place he would rather be. To start his career in magazines as a staff writer for FLEX he took a massive pay cut, turning down a job as a creative director in NYC. Being the keeper of Joe Weider’s flame was an honor for him. He had seen what M&F had become over the years when it was run by folks who didn’t necessarily understand or respect what it stood for, and he considered it his life’s mission to protect the magazine that had inspired him and changed his life for the better. 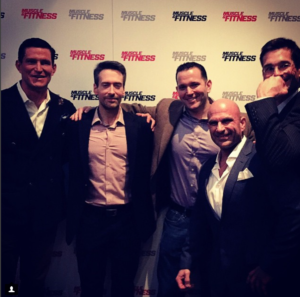 I had the honor of saying a few words to Shawn’s family and friends at his wake. This is what I said:

The story I’d like to tell you about Shawn has to do with the circumstances surrounding him finally landing his dream job as the Editor-in-Chief of Muscle & Fitness.

I don’t care how much Shawn loved M&F; running a print magazine in this era is thankless. From his first day on the job he was beset by one problem after another. The whole environment he entered was ruled by panic and fear. And when everything you do is second-guessed, you invariably get media consultants who come in and are meant to have all the answers.

They were interesting folks and some lasted longer than others. They were all smart, business-savvy, well-dressed, and appeared highly polished in meetings. It sure seemed like they had all the answers. One group in particular came for a while and was intent on staying for the long haul. They had their own philosophy and were enforcing it in every area of the business.

Being a loyal friend to Shawn, I had always appreciated his way of doing things. I was never going to take up with these new guys. But at one point, I remember that they did make me start to second-guess him.

Specifically, I started thinking to myself that maybe Shawn’s way—where you take the youngest and most inexperienced people on the staff and hand them a huge opportunity just to see what they’ll do with it—isn’t really the best way to save a sinking ship. I started to think, “Hey, that’s nice, Shawn, but the margin for error is so small now. Maybe we shouldn’t be doing that…” Even though I had benefited from this very practice.

I also started to think that maybe going around the office and checking on everyone to make sure they were energized by their work—being nice to everyone just for the sake of being nice—is a waste of time. “Shawn, maybe you should just stay focused on the big-ticket items…”

Finally, I thought, “Maybe, instead of deferring all the credit for your accomplishments to the people under you, you need to speak up and take some credit for yourself. Because if you don’t then these consultants will. And then won’t you feel foolish?”

So I had this simmering frustration with Shawn and all of it centered around him being too nice. I wanted him to stick around and I just didn’t see how it was possible. It boiled over one night and I said to him, “You see what they’re doing right? They’re going to make all these changes and if anything goes right, it’s on them. If it goes sideways, guess whose fault that will be?”

He didn’t take me aside and say, “Well, Matt, you’re thinking of this all wrong. I’m older than you and I’ve got more experience and here’s how you need to think about this.”

I’m not paraphrasing or half-remembering what he said. I remember it exactly.

Armed with the knowledge that the wagons were circling and everyone was coming for him… Shawn proceeded to change absolutely nothing about his approach.

He stayed completely true to who he was and the ideals he believed in—in the face of outrageous pressure and expectations and the constant specter of being terminated and publicly humiliated. He continued to give opportunities to the lowest of the low. He continued to check in on everyone and give to them, without ever keeping score. And he continued to defer all the credit for anything that was going right.

Not because he was so nice that he was aloof or unaware of the games being played around him, but because he couldn’t possibly be bothered to care about them. The political nonsense was so far beneath him it just didn’t matter.

Anyone can do the right thing for a little while. What Shawn did went on for years. And action—over a period of years—that always reveals your character. You could only do what Shawn did if you lived life from your highest self. From a place of love.

The unexpected epilogue to this story is that every last consultant was run out of town. Shawn was left running four magazines—a considerable publishing empire in this age. The nice guy did not finish last. He was the last man standing.

Yet that’s not even the crazy part. The crazy part isn’t that I was wrong. It’s that Shawn thought I was right and still didn’t do a damn thing. He assumed he’d be fired for the way he operated but stayed true to what he believed was right.

I’m not even embarrassed to say I probably wouldn’t have handled it that way. Because I’m just me. Shawn was Shawn and I’ve never met anyone else like him.

I’m just grateful to have had that example in my life. If you are looking down, brother, I want you to know I love you—we all do—and I will do everything I can to carry that example forward. 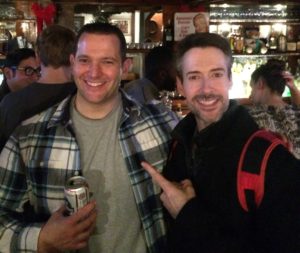 To honor Shawn’s memory, I encourage anyone to give what you can to these groups: